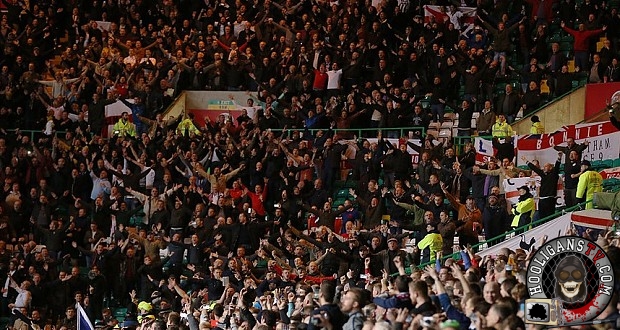 Twenty-nine people were arrested in connection with incidents related to the Scotland v England football fixture on Tuesday night.

Seven were detained inside Celtic Park by police, with a further 19 being arrested in and around Glasgow city centre. A further three were held by the British Transport Police.

Police Scotland say all were detained for minor offences. They are expected to appear at Glasgow Sheriff Court on Wednesday.

Seven of those arrested were for alleged breach of the peace offences following a disturbance near the Thistle Hotel in Cambridge Street at around 10.20pm.

British Transport Police arrested three at Glasgow Central Station. A 27-year-old man was detained prior to the game, with two others being held after the match.

Police were highly visible in pre-identified hot spots in Glasgow, having warned prior to the match that a “small minority” of supporters on both sides were “intent on causing bother”.

The highest possible risk category for a football fixture was given by the match commander.

Scotland and England last met each other in Glasgow in 1999, with 290 being arrested in connection with flashpoints before and after the game.

The only troubles during the match were the singing of England supporters against IRA.